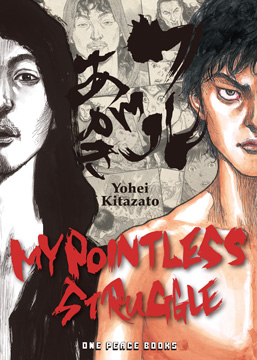 Throw common sense out the window and get ready to make your dreams come true!
Crazy. Stupid. Conceited. Self-declared genius Yohei Kitazato managed to achieve all of his wildest dreams with an unlikely solution: being as egotistical and selfish as possible. This is a story about how one young man won it all—and all he needed was a little help from a King.
Yohei explores a legendary island in South America as a middle school student, plays against the greatest Chilean soccer player, fights a pro Muay Thai fighter, and boxes a world boxing champion. He dares to do the impossible! From starting his own business to getting his first book published, nothing stands in Yohei Kitazato’s way!

Yohei Kitazato was born in Japan and raised in Chile. After graduating from the Keio University, he joined Hitachi, one of Japan’s largest companies. While employed at Hitachi, Kitazato opened his own bar, and published his first book, Listen to the Voice of the Young Samurai. Shortly after, he launched his own start-up publishing company, North Village. There Kitazato sought out authors he respected and published their autobiographies. The company has since released multiple best-selling titles. Currently, in addition to North Village, Kitazato is operating twenty hookah lounges around the world in locations as far flung as Macchu Picchu and Kuala Lumpur. With a working style that turns his passions into a career, he also runs a 24-7 consignment shop, a real estate agency, and an editorial studio. Yohei is a creative entrepreneur and author always in search of the next venture.