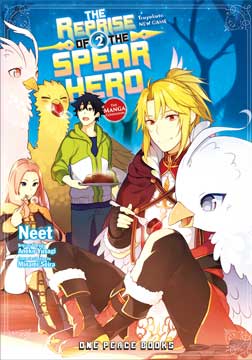 The Reprise of the Spear Hero: The Manga Companion Volume 02

Don’t like the outcome? Then start over and do it again! The exhilarating, otherworldly redemption fantasy continues! The Spear Hero, Motoyasu, finally realizes that he’s stuck in a time loop after being sent back in time repeatedly as a result of his Time Reversal skill. Motoyasu decides that he must save the Shield Hero, Naofumi, for the sake of Filo, but how?! 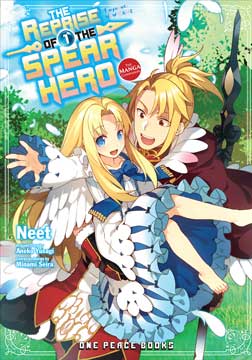 The Reprise of the Spear Hero: The Manga Companion Volume 01

Don’t like the outcome? Then start over and do it again! An exhilarating, new otherworldly redemption fantasy begins in this spin-off of the massively popular otherworldly fantasy, the Rising of the Shield Hero! Motoyasu Kitamura is summoned to another world to serve as the Spear Hero, but something eventually manages to kill him. When he dies Motoyasu suddenly finds himself back on the day he was first summoned to the new world—without losing any of his power! It’s the start of a new game in god mode! This time he’s determined to get things right—for the sake of his beloved Filo-tan, the magnificent filolials, and his “father,” the Shield Hero.